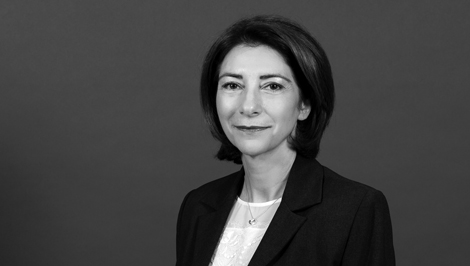 Despina is the Director Treasury at Bank of Cyprus since September 2019.

In 1990, she was employed by Bank of Cyprus (London) Ltd and in 1992 she returned to Cyprus and joined the Group Treasury department of the Bank of Cyprus where she worked in various departments initially as an Officer and later as Manager.

In 2010, she was appointed Group Treasurer and was responsible for Treasury operations in Cyprus, as well as in the countries where the Group operated.

Despina holds a BSc in Economics from University College London and an MBA from Bayes Business School (City, University of London) in the UK.  She is also a holder of the Chartered Financial Analyst (CFA) certificate of the CFA Institute in the USA.